The smallest plankton - picoplankton - is one of the most abundant phytoplankton in the sea. Although very small (less than 2 micrometres) it provides an important contribution to the food and growth of shell fish like mussels. 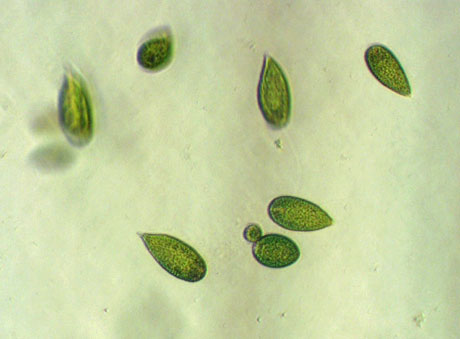 In a paper published in this month's Marine Biology journal, scientists from Canada and France predicted that without this phytoplankton the edible blue mussels would be nearly 30% smaller. They used Windmill Software as part of their research

Mussels are grown commercially on 2 m long plastic sleeves suspended from longlines in St Peter's Bay in Eastern Canada. During the ice-free period, the researchers took water samples from the bay and determined the concentration of the picoplankton and the larger nanoplankton.

They removed mussels from the sea and placed them into chamber in the lab. Each chamber was equipped with a fluorometer (Turner Design's CYCLOPS 7 submersible sensor). The scientists connected the fluorometer to a Microlink 751 data acquisition controller. Windmill software logged the readings and provided a quasi-real-time (5 second delay) graphical display of fluorescence. After an hour, water flow was halted and the decline of fluorescence over time monitored on the computer screen.

The fluorescence measurement shows how much chlorophyll is in the water, which in turn is a measure of plankton levels.

Shellfish aquaculture is an industry dependent on natural resources - mainly phytoplankton - and the ability of the marine environment to replenish itselft in a sustainable way. This research provides new information on the value of picoplankton in mussel acquaculture.