Some time ago, the Mars Climate Orbiter crashed into the surface of Mars. One reason cited was a discrepancy over the units used. The navigation software expected data in newton second; the company who built the orbiter provided data in pound-force seconds.

Another, less expensive, disappointment occurs when people used to British pints order a pint in the USA, only to be served what they consider a short measure. Again the reason is confusion over units; this time due to the fact that American units, although bearing the same names as British Imperial units, often refer to very different measures. 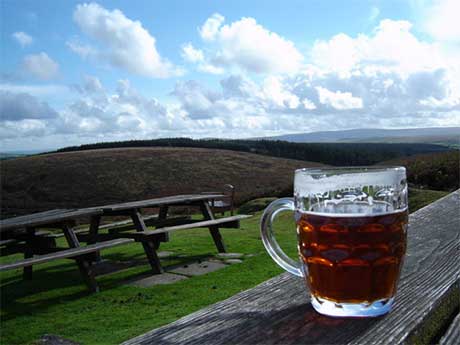 Why are there different systems of units?

In 1824 a British Act of Parliament gave precise definitions to Imperial units. These included the yard, pound, bushel and gallon. Six years later an American survey found weights and measures in various ports differed significantly. This led to the United States, in 1834, standardising measurements. However, although these were named after British units, they were not always the same measures as those used in Britain. The gallon chosen, for example, was the "Queen Anne wine gallon", which was already obsolete in Britain.

The most widely used system of units and measures around the world is the Systeme International d'Unites (SI), the modern form of the metric system. This originated in France, where in 1790 the French Academy of Science was commissioned to design a new system of units. They decided that

These principles allowed the metric system to evolve and SI units have become the fundamental basis of scientific measurement world-wide.

There are just 7 base units

Prefixes are used to indicate powers of ten. They mean that with only one unit of measurement you can express any measurement from the smallest to the largest. They each have a short name and symbol. Large factors have upper case symbols, and small factors lower case symbols.

General principles for the writing of unit symbols and numbers were first proposed in 1948. These were subsequently adopted and elaborated by ISO, the international standards organisation.

Summary of Advantages of SI Units: Why they are the Global Choice

You can find more information on units on these web sites.

This article has was originally published in Monitor (ISSN 1472-0221). To subscribe to Monitor please fill in your email address below. We will not pass your address to any third parties.

You will receive an e-mail asking you to confirm your subscription. On doing so you will be sent details of how to download the free software. If you don't receive this e-mail please contact [email protected].

You can read an archive of previous issues on our Data Acquisition Intelligence site.

You can cancel your free subscription at any time - just return to this page or follow the instructions in the newsletter.